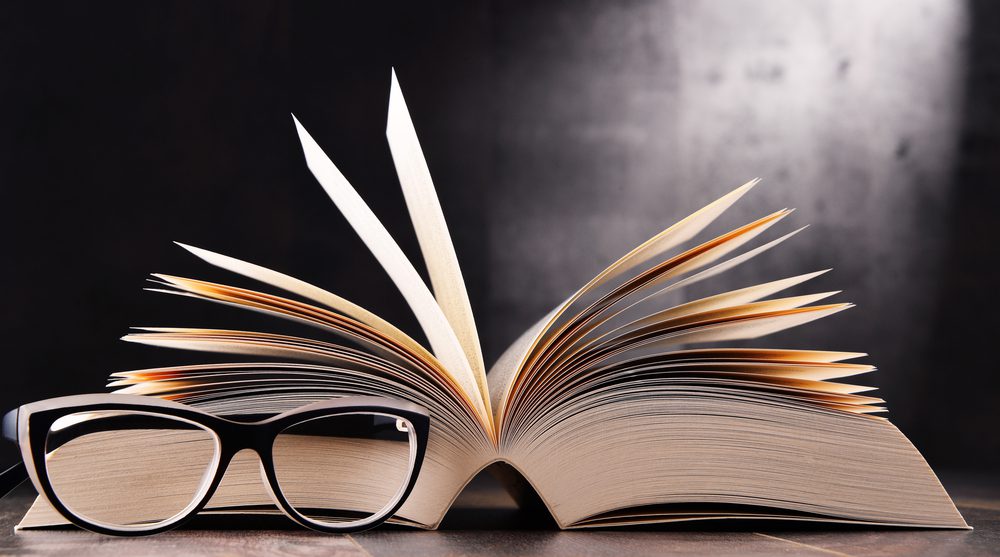 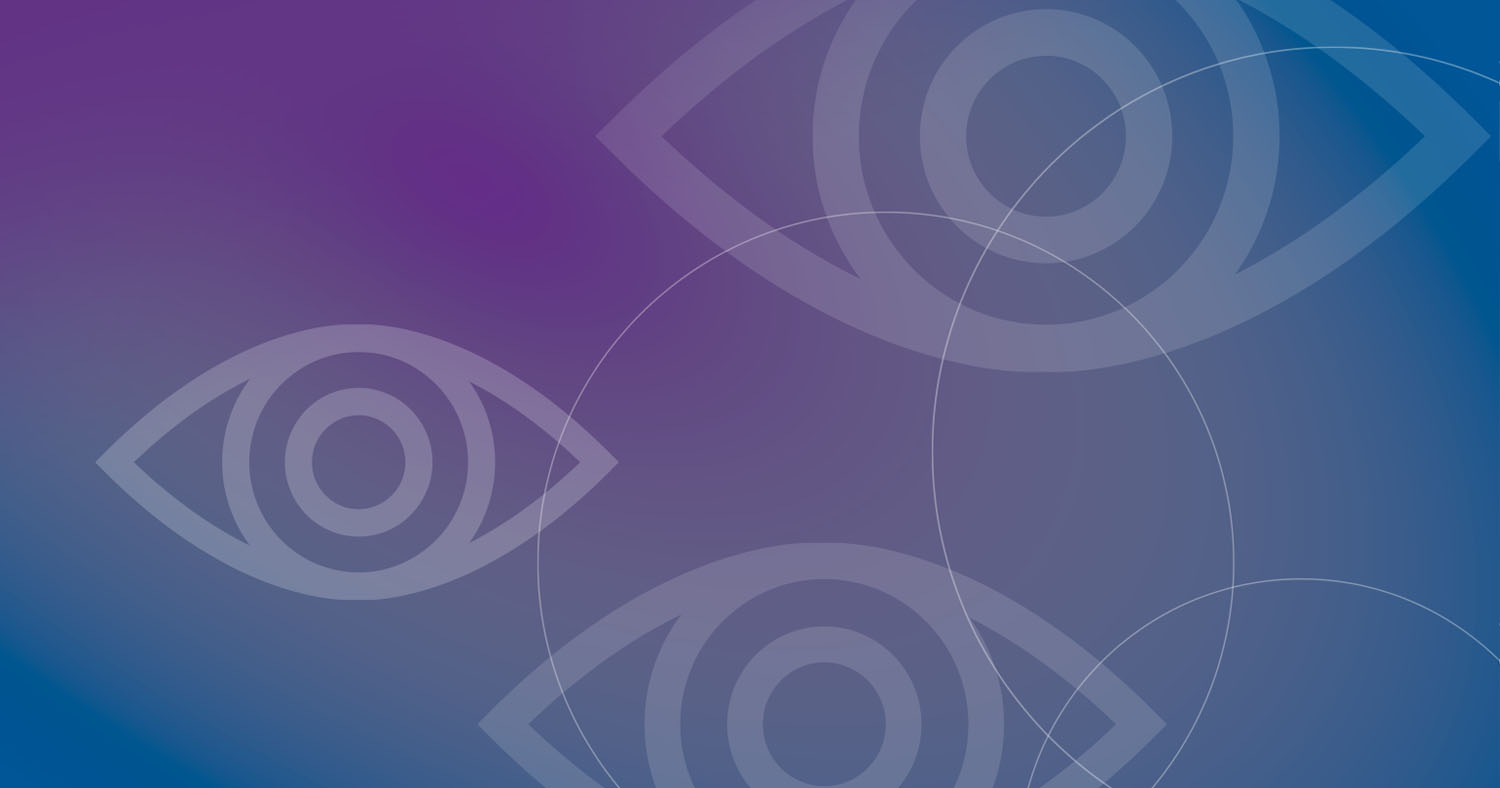 The eye is a complex and fascinating part of the human body. Here are some common terms to help you learn more about your eyes and vision.

accommodation: ability of the lens to adjust its shape for vision at various distances in order to produce a clear image on the retina

anterior chamber: space in front portion of the eye between the cornea and the iris and lens, which is filled with aqueous humor

aqueous outflow pathway: the main exit route of aqueous humor from the eye, including the trabecular meshwork and Schlemm’s canal

astigmatism: irregular curvature of the cornea or lens resulting in a distorted image because light rays are not focused on a single point on the retina

binocular vision: coordinated use of the two eyes to see a single fused three-dimensional image

blindspot: in testing the visual field, this is the blind area corresponding to the optic disk where the optic nerve fibers exit the eye and where there are no light-sensitive cells

central visual field: the area of objects in space seen without moving the head or eyes; corresponds to an area within 30º of the fixation point (fovea)

choroid: the middle layer of the eye containing blood vessels that furnish nourishment to the other parts of the eye, especially the retina

ciliary body: a ring of tissue between the iris and the choroid consisting of muscles and blood vessels that changes the shape of the lens and manufactures aqueous humor

cones: cone-shaped light-sensitive cells in the retina particularly in the macula area; cone function predominates in daylight with a small pupil allowing one to make out details and shapes, especially colors

conjunctiva: delicate tissue that lines the inside of the eyelids and covers the front part of the eye except the cornea

cornea: the clear curved structure that comprises the front of the eye, a refractive surface through which light enters

degeneration: tissue changes that make it less able to carry out its function

depth perception: the blending of slightly dissimilar images from the two eyes for the perception of three–dimensional depth

diopter: metric unit used to denote the refractive error of the eye or lens

farsightedness: also called hyperopia; a refractive error in which the focal point for light rays is behind the retina; distant objects are seen more clearly than near objects

focus: the point at which light rays meet after passing through the cornea and lens; in normal eyes this point is on the fovea of the retina

fovea: A tiny spot located in the macula that is the area of clearest vision on the retina.

hereditary: appearing in, or characteristic of, successive generations; individual differences in human beings passed from parent to offspring

incidence: number of new cases of a particular problem or disease that occurs within a period of time

iris: colored circular membrane that is in front of the lens and controls the size of the opening at its center (pupil), thereby regulating the amount of light entering the eye

laser: surgical tool using an intense beam of light energy to close rips, make holes, destroy new vessels (photocoagulation), or to open channels as in the treatment of glaucoma

legal blindness: visual acuity that does not exceed 20/200 in the better eye with correcting lens; field of vision no greater than 20 degrees in its widest angle (visual acuity of 20/200 means that a person can see at a distance of 20 feet what one with “normal” sight can see at 200 feet)

Lens: the transparent disc in the middle of the eye behind the pupil that brings rays of light into focus on the retina

low-vision aids: powerful optical devices useful to persons with vision impairments that are not successfully corrected by the usual prescription lenses

macula: the region of the retina that helps provide best central vision. the fovea is at the center of the macula

nearsightedness: also called myopia; a refractive error of the eye where the image of a distant object is formed in front of the retina and cannot be seen distinctly; near objects are seen more clearly than distant objects

near vision: the ability to perceive objects distinctly at normal reading distance (usually about 14 inches from the eye)

night blindness: condition in which sight is good by day but deficient at night and in any faint light

optic disk: head of optic nerve; formed by the meeting of all retinal nerve fibers in the retina

optic nerve: special nerve of sight beginning in the retina as the optic disk, which carries messages from the retina to the brain, resulting in visual images

peripheral vision: the ability to perceive the presence or motion of objects outside the direct line of vision

presbyopia: decreased elasticity of the lens due to advancing age which moves the near point of vision farther from the eye, making it difficult to focus on near objects

prevalence: total number of cases of a problem or disease in the population at a given time

pupil: the opening in the center of the iris that appears as a black dot and through which light enters the eye

refraction: measurement of the focusing characteristics of the eye to determine refractive error and the need for prescription glasses

retina: innermost layer of the eye containing lightsensitive nerve cells and fibers connecting with the brain through the optic nerve and nourished by a network of blood vessels; receives image and sends it to the brain

rods: light-sensitive cells in the retina that work best in darkness or dim illuminations

sclera: the white part of the eye; a tough covering that along with the cornea forms the external protective layer of the eye

severe visual impairment: inability to read ordinary newspaper print, even with the aid of glasses, and impairment indicating no useful vision in either eye; includes those who are legally blind

20/20 vision: the ability to correctly perceive an object or letter of a designated size from a distance of 20 feet; normal visual acuity

visual acuity: measurement of the ability of the eye to perceive the shape of objects in the direct line of vision and to distinguish detail; generally determined by finding the smallest symbol on an eye chart that can be recognized at a given distance

visually impaired: persons who have some difficulty seeing with one or two eyes even when wearing glasses

vitreous body: transparent colorless mass of soft, gelatinous material filling the globe of the eye between the lens and the retina

Give Us Your Feedback

Was this page helpful?